I guess this is funny, considering we just started our blog but like the title says, we're taking a tiny break. Ananda and I have some personal stuff going on in both our lives - work,family and other commitments that make it hard to manage this blog right now. Believe me when I say that this we wouldn't be saying this unless it really is impossible for us to maintain the blog.

But hopefully, it's a tiny break and we'll be back soon with a lot of posts & giveaways!

Sorry about this again and thank you so much for all your support!

Welcome to Chick Lit Advocates' Second Mailbox! We received a few paperbacks as well as well as e-books this week :) 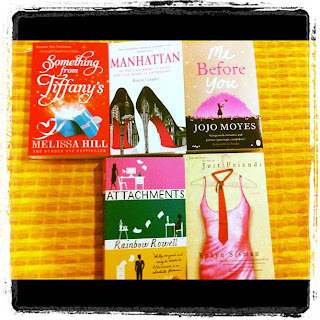 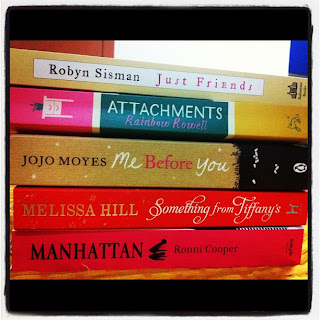 Manhattan by Ronni Cooper.
Something from Tiffany's by Melissa Cooper.
Attachments by Rainbow Rowell.
Just Friends by Robyn Sisman.
Me Before You by Jojo Moyes.

Head Over Heels by Jill Shalvis

Free-spirited Chloe lives life on the edge. Unlike her soon-to-be married sisters, she isn't ready to settle into a quiet life running their family's newly renovated inn. But soon her love of trouble--and trouble with love-draws the attention of the very stern, very sexy sheriff who'd like nothing better than to tame her wild ways.

Suddenly Chloe can't take a misstep without the sheriff hot on her heels. His rugged swagger and his enigmatic smile are enough to make a girl beg to be handcuffed. For the first time, instead of avoiding the law, Chloe dreams of surrender. Can this rebel find a way to keep the peace with the straitlaced sheriff? Or will Chloe's colorful past keep her from a love that lasts . . . and the safe haven she truly wants in a town called Lucky Harbor?


I've heard quite a bit about Jill Shalvis and her Lucky Harbor series from others but never managed to read any of her books till now. Thanks to Netgalley and the publishers there for giving me a copy of my first Jill Shalvis book.

Romance always makes my heart flutter. *sigh* Head Over Heels did just that. Chloe's someone I could relate to. She's a feisty and free spirited woman who hasn't had the best luck in her love life - that's mostly because she always picks the wrong guys. One day she gets a visit from Sawyer, the unfriendly local sheriff, for a cup of coffee and she feels an instant attraction but pushes it away assuming that they weren't right for each other.

I don't know where to begin. Chloe is a character I really liked from the start and could even relate to. She's got asthma but instead of letting it get to her, she's always making jokes about it - even in relation to her love life by trying to decide if the guy is 'inhaler-worthy'. Ha ha.

Chloe and Sawyer were perfect for each other. They balance each other out. Like I said, there were moments when my heart fluttered while reading this book. Sawyer's so so different from Chloe.
He's got his ways and he sticks to them. He's not very impulsive or flexible and yet, Chloe and him match like two pieces of a jig-saw puzzle. For someone who thinks he's incapable of love, he sure does fall head over heels for Chloe.

“Chloe?”
“Yeah?”
“I’d be worth the inhaler,” he said, then forced himself to walk away into the night.

I'm a sucker for good lines and I've found a treasure trove of quotes that I love in Head Over Heels. This alone is enough for me to add Jill Shalvis to my 'favorite-authors' list. I'm so excited that this is my first Lucky Harbor book and I have more of Jill Shalvis to last till May, when her next book releases!

She Tells All by Judah Lee Davis 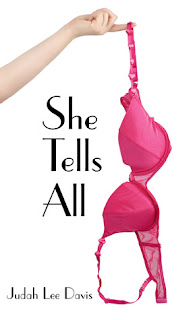 After finding a pair of magic stilettos that transform her into the ultimate hot goddess, Madison Miller is certain she will get lucky tonight. But in her quest to find the ultimate hottie, she finds something so unexpected.

Now, as she takes a good, hard look at her life, she relives the past that transformed her into a vainglory vixen and realizes an important lesson about why she should NEVER sleep with strangers.

I got She Tells All from the author more than a month ago to review..I wish I had gotten to it sooner!

"Sometimes to get to heaven you need to go through hell."

Madison is a mess. Although she's really smart and talented, her life is a mess.
For as long as she can remember, Madison has been sleeping around (ALWAYS with the wrong guys) and doing everything possible to fuck up her life. She Tells All is the story of one woman, a compilation of her her various sexcapades over the years, which eventually ends with her getting her act together.

Madison's funny, strong and I love that she doesn't care what others think about her. She's happy being herself and no one could make her feel otherwise. I loved the way the book was written, like each chapter's a new story. Madison is fun. Really, she may be a little crazy but she's also laid back, independent and a survivor. She deals with any shit that gets thrown her way.

"No," I interrupted. I felt it noble enough that I'd just performed a pity fuck. There was no way I was going to lie about an orgasm, too."

I was laughing a lot of times, Judah Lee Davis has a wicked sense of humor - if Madison is a real person, I'd wanna meet her. She's unique and her attitude is one that a lot of women can relate to at least a little bit, at some point.

I was a little skeptical at first to read this book because I thought it might be some kind of Christian Fiction (which I tried but realized the genre wasn't for me) but it wasn't, not really. I have to say that this story has not one but various subtle messages that come along with it which was the best part of the book. A woman who has made every mistake possible could still get her happy ending. This book is hope. Realizing she deserves better than she's settled for her entire life - now, that's a message I approve of. It's nice to know that no matter how much you screw up in life, there's a higher power that has your back.

The story was short,mostly light and fun. Although She Tells All wasn't exceptional, I really enjoyed it. I would definitely check out Davis' next book, expecting more humor & entertainment! 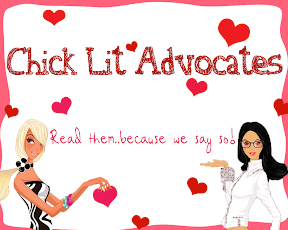 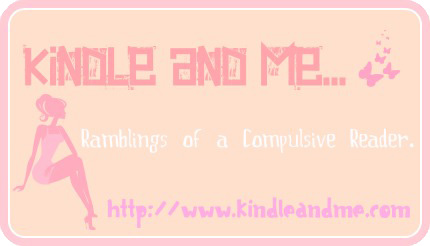